I'm sure you're aware that I'm a huge fan of author Megg Jensen, right? I'm also privileged to be her critique partner and friend. In fact, at this very moment, I'm helping critique an amazing fantasy novel she's written. Okay. I'll stop bragging. You want to know more about this epic fantasy, don't you? Yeah, I figured you would. Who wouldn't?

Megg was kind enough to provide us with a sneak peek and an excerpt. The first line is a killer. I love it! Check it out. When you're done, enter the Rafflecopter to win some pretty rad stuff! 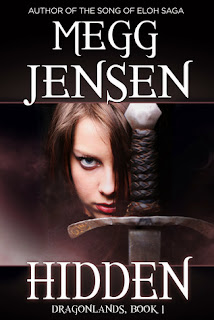 Synopsis:
The mystery enshrouding Hutton’s Bridge is as impenetrable as the fog that descended at its borders eighty years ago. Each year, three villagers enter the mist searching for answers. No one ever returns.
Then a dragon falls from the sky to the town square, dead—the first glimpse of an outside world that has become nothing more than a fairy tale to Hutton’s Bridge. Except to Tressa.
Tressa grew up with Granna’s stories of the days before the fog fell. When Granna dies, leaving Tressa without any family, Tressa ventures into the fog herself, vowing to unravel the foul magic holding Hutton’s Bridge captive.
What she discovers beyond the fog endangers the lives of everyone she loves.

Death lurked in the air that afternoon. Tressa sat by Granna’s bedside, clasping hands with the woman who at ninety-three had outlived her entire generation.
“You are leaving tomorrow, yes?” Granna’s liver-spotted hands shook. The rough-hewn walls seemed to close in. Tressa knew Granna didn’t have much time left. She wanted to squeeze out every second she could with her.
The smell of tonic and medicine hung in the dark room. When the curtains were drawn, Granna’s eyes watered. Adam, the village healer, said sunlight would help Granna, but Tressa knew the truth. Granna would leave her soon, leave the village, taking the only first-hand knowledge of the outside world with her. The tales of the outside world – a place no one in Hutton’s Bridge had seen since Granna was just a child. Not since the fog had descended on the borders of their village.
“Yes, Granna. You chose me, remember?” Tressa stroked Granna’s hair with her free hand. The silver strands were still soft. “Me, Sean, and Connor.”
Granna nodded. “Yes, yes, I remember now.” A gasp preceded each breath, struggling against the inevitable finality of life. “You’re the only girl eligible this year.”
Tressa’s eyes dropped to the floor strewn with straw, the hem of her long, cotton dress sweeping it every time she moved. She was eligible only because she’d never conceived. After three years of coupling, not one baby to show for it. Not even a failed pregnancy. The girls who did achieve pregnancy were never forced to leave. They were safe, protected. Tressa had felt the cold breath of death breathing down her back every time she didn’t conceive.
“But, Tressa, it is your destiny to leave the village.”
Tressa held back a sigh. Granna was about to die herself. Why would she want her only great grandchild to follow her in death? No one who ever entered the fog returned to the village. It was as much of a death sentence as Granna’s failing health.
Tressa’s palms began sweating. A tremble skipped up her arms to her chest where her heart pounded out an irregular, nervous beat.
Granna took another deep breath. Without looking at Tressa, she said, “The fog. You must leave. It is your destiny.”
Tressa managed to force out a small laugh. Granna’s grave expression didn’t fool. “Granna, don’t you want me to live a long life, like you have?”
Granna shook her head. “Beyond the fog there is a life for you. I have seen it.”
No one had the gift of sight in her village. Granna claimed once there was magic. It was one element of her stories that made the outside world seem so desirable. Tressa would give anything for a magical potion to save her great grandmother. Instead, they could only rely on Adam’s knowledge of healing.
“But I was supposed to live to watch you leave. I saw it. I believed it would happen.” She took another breath, shallower this time. “I don’t know if I can hold on until tomorrow.” Granna’s eyes flashed with anger. She held out one frail hand. An owl flew through the window, landing on Granna’s fingers. The fog’s undulating fingers caressed the tree’s limbs.
“That’s my Nerak.”
The little owl hooted in response.
“You take care of Tressa, Nerak. Help her to see the truth.”
The owl’s head bobbed, then it flew out the window and sat in the tree.
Tressa leaned down, kissing Granna on the forehead. Granna always said the downy owl had magic. Tressa had never seen it do anything other than the other trained birds in the village. Tressa sat up again. Granna was cold, too cold. Her skin paled into a gray pallor. Her blue eyes lost focus, gazing somewhere over Tressa’s shoulder.
“I love you, Granna,” she said.
“I love you too, my sweet Tressa.” Her voice rattled. Granna’s eyelids fluttered, then closed with a finality only accompanied by death. One last breath expelled, but her lungs didn’t take in another whiff of air.
Tressa laid Granna’s hand on her stomach. Taking a step back, she took one last look at the woman who had loved her every moment of her life. Tressa’s mother died in childbirth and her father had left through the fog. Like all of the others, three a year for the last sixty-seven years, none of them returned. Two hundred and one souls lost to the fog.
Tressa was next.

AUTHOR BIO:
I've been a freelance parenting journalist since 2003 and began writing YA novels in 2009. I live in the Chicago suburbs with my husband, two kids, and our miniature schnauzers, Ace & Tanu.

For more information on me please visit my website at http://www.meggjensen.com 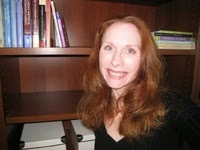 Enter the Rafflecopter below!

Posted by Angela Carlie at 7:14 PM