I know a lot of people may miss this because of the holiday weekend and all, but I'll post it again later. I've come to the conclusion that it doesn't matter if it's a planned event or just a spur of the moment post. My last cover reveal was planned and paid for. It didn't make a difference as far as sales go that I can see.

If you've read Jenny's Blue Velvet, you've heard her talk about this upcoming book once or twice.

Start the music. Get ready for it. I bring you the beautiful cover created by the talented Steven Novak and the blurb for Still Nights. 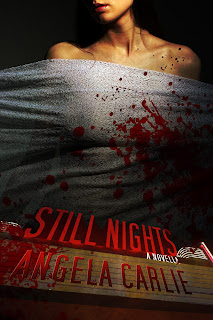