Did someone say WEEKEND???

NA (New Adult) Romance type books are all the rage these days. I've only read a small handful, but here are a few that I either found super awesome or that were highly recommended to me that I haven't gotten to yet. Check 'em. They all look sexy to the max, some have age warnings, so beware.

Some awesome reads for your weekend enjoyment: 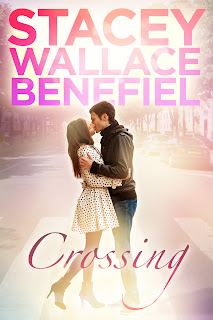 He stole her lipstick…and her heart.
Twenty-year-old Dani Walker can’t believe her luck when she’s paired up with the gorgeous Liam Garrett as her Acting I scene partner – or when he ends up in her bed. Being a Plain Jane with a mouth on her hasn’t exactly served Dani well in the guy department. In fact, she’s had nothing but one night stands. Still, she lets go of her insecurities and falls for Liam, despite feeling like he’s holding something back from her.
When Dani finally discovers Liam’s secret, she must learn the true meaning of accepting the ones we love for who they are, or risk losing the best thing that’s ever happened to her.


The Only Exception
Magan Vernon 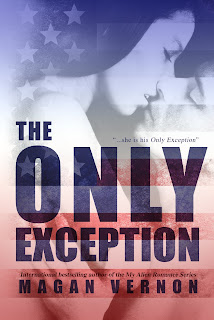 Fiercely liberal Monica Remy prefers to blend in. Despite her tattoos, piercings, and outspoken personality, she transferred to Central to escape—before she finds out that her next door neighbor is the uber conservative governor’s son, Trey Chapman.

No matter how hard she tries to avoid Trey, he still finds a way to get under her skin. Monica can’t stand his crisp white shirts or his staunch views on women. But she can’t help counting every freckle on his face and wondering what it would feel like to have him stop talking politics and kiss her.

A class debate project forces the unlikely pair to work together, and the political lines are blurred in late-night make out sessions. But despite their fiery chemistry, Trey’s politics threatens to smother their relationship for good. 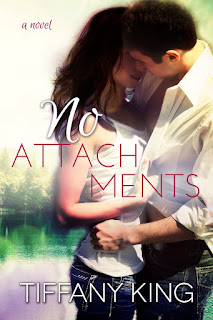 Ashton Garrison walked away from a privileged life in order to hide from the one thing she's not willing to face. She knows she left behind a trail of pain, but in the long run, her betrayal will hurt less than the truth. She now has one goal: Live life to the fullest with no regrets and no attachments. She has high hopes that a move to new surroundings will provide the escape she desires, but what Ashton doesn't count on is how fate always seems to find a way to screw up any good plan. Sometimes, when love comes knocking, the pull is too strong not to answer. Suddenly, what she thought she wanted to escape from is what Ashton now wants more than anything.

Nathan Lockton has one mission: find his target and complete the task he was hired to do—no attachments and no emotion necessary. He's done it over and over again. What he thought was a typical lost-and-found job has turned into a life examining moment as Nathan is forced to deal with something he has always ignored--his feelings. Now faced with a decision, Nathan must choose to either follow his heart or complete the job.

Love can come when you least expect it. The question is: If the odds are stacked against you, how far are you willing to go for the one you love? 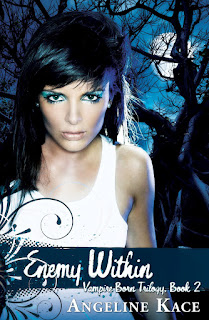 Two guys who’ve stolen her heart.
Three races and only one of them worthy.
Countless enemies with insatiable bloodlust for power.
Will one girl's curse ultimately save her?

Half-vampire Brooke Keller barely survived the slaying of her worst enemy, only to learn that Zladislov—the world's most powerful vampire, leader of the vampire world, and her father—wants her dead. However, this time, she's not only fighting vampires but a raging monster within her that endangers what's left of her humanity. And when a deadly disease threatens to take her best friend's life, Brooke tries to convince Kaitlynn to accept a monster of her own: becoming a Zao Duh.

As a former slave to the Pijawikas, Mirko is driven to protect the innocent at all costs, but he has never faced a foe more formidable than Zladislov. And when the Commission bears down on Brooke, Mirko finds the stream of enemies runs deeper than he ever imagined.