There's this author. I've seen her book, Solstice, around for a while now, and I recently bought it. I'm super excited about reading it. My friend, Megg Jensen, has read it and absolutely loved it. It's a must read. 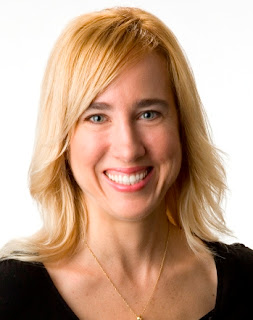 P. J. Hoover first fell in love with Greek mythology in sixth grade thanks to the book Mythology by Edith Hamilton. After a fifteen year bout as an electrical engineer designing computer chips for a living, P. J. decided to take her own stab at mythology and started writing books for kids and teens. P. J. is also a member of THE TEXAS SWEETHEARTS and SCOUNDRELS. When not writing, P. J. spends time with her husband and two kids and enjoys practicing Kung Fu, solving Rubik's cubes, and watching Star Trek. Her first novel for teens, Solstice, takes place in a Global Warming future and explores the parallel world of mythology beside our own. Her middle grade fantasy novels, The Emerald Tablet, The Navel of the World, and The Necropolis, chronicle the adventures of a boy who discovers he’s part of two feuding worlds hidden beneath the sea.

Thanks so much for hosting me! I’m honored to be here!

1. What made you decide to include global warming in your novel, Solstice?

Well, at first it seemed like just a nice twist. I have zero idea how it first came to me, but once the idea implanted, I found it perfect. That said, the whole global warming aspect blossomed into so much more than I ever could have imagined.

2. The cover is gorgeous! How was the cover designed? Did you have any input?

Thank you! I also kind of feel like I won the cover lottery
I sent in ideas and words that came to mind when I thought of SOLSTICE, but ultimately, my agency picked the stock photo that was going to be used. It was nothing like I had imagined, but I found it to be perfect and really convey the sense of the novel. The cover artist took it from there, and the final result is what you see.

3. What inspired you to write Solstice?

Well, I adore mythology. And I always wanted to write a myth retelling. And so that is what I set out to do. But I surprised myself with the final result, because SOLSTICE is not really a retelling at all, but more a what happens after the myth. Kind of like a sequel to Mythology 101.

4. OMG! Tell us about how you learned to solve a Rubik's Cube in under 2 minutes? Was this a skill you learned as a kid?

LOL! As a kid, I was able to get one side. But when I hit my thirties, I started doing some soul searching. I learned to solve the Rubik’s Cube. I memorized Kubla Khan by Samuel Coleridge. I started Kung Fu. And I started writing novels. I have to admit the Rubik’s Cube makes a nice party trick. People are always impressed, and it is fun to do.

5. Do you still work as an engineer or are you a full-time writer now?

I’m a full-time writer now. I have two kids (ten and seven), and so the writing job gives me way more time to spend with them. I love the balance of motherhood and writing. The kids help me with brainstorming and give me lots of ideas, and the writing gives me a purpose besides cleaning toilets when they are at school.

Thank you again for letting me be here! 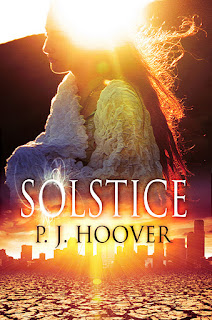 Piper's world is dying. Global warming kills every living thing on Earth, and each day brings hotter temperatures and heat bubbles which threaten to destroy humanity. Amid this Global Heating Crisis, Piper lives with her mother who suffocates her more than the chaotic climate. When her mother is called away to meet the father Piper has been running from her entire life, Piper seizes an opportunity for freedom.

But when Piper discovers a world of mythology she never knew existed, she realizes her world is not the only one in crisis. While Gods battle for control of the Underworld, Piper's life spirals into turmoil, and she struggles to find answers to secrets kept from her since birth. And though she's drawn to her classmate Shayne, he may be more than he claims. Piper has to choose whom she can trust and how she can save the people she loves even if it means the end of everything she's ever known.


Check out the awesome Trailer!

I know you'll want to buy this book right this second. Get it on Amazon for only 99 cents!

Thank you, PJ Hoover, for taking the time answer my questions. It's been fun! And thank you, the readers, for checking the interview out.