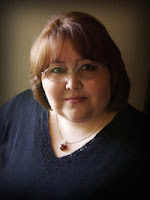 Today we have the awesome opportunity to meet the author of the YA novel, BOUND, C.K. Bryant, Q and A Style.

C.K. Bryant is a loving wife and mother of two wonderful boys, living in Magic Valley, Idaho. Her debut novel, BOUND, is now available on Amazon.

Q: Congratulations on the release of your debut novel, Bound. What is one thing you think you will enjoy about being a published author?

A: Thanks. I think the best thing about being published is being read. I've waited so long to have my story out there for readers to enjoy that hearing how others love the story has been almost euphoric. Nothing brings me more joy than to hear someone say they loved the story and can't wait for book two.

Q: What is Dark CARMA?

A: Dark C.A.R.M.A. was originally a group of five authors who had banned together to pool their resources and connections to launch their debut novels. Each letter of CARMA stood for the first letter of each other author's name. Unfortunately, two of the authors dropped out because their books weren't ready, leaving us as Dark CAR.  Not exactly a great name, so we just kept it CARMA since that's what everyone knew us as. The concept to ban together was a great one. More exposure, more money for marketing, more brain power for awesome ideas. In the end, it still worked out well and I think we pleased the people who won all the wonderful books and prizes.

Q: What inspired you to write Bound?

A: It sounds cliche, but Bound evolved after I had a very vivid dream. I don't usually remember my dreams, but this one stuck with me for days and just wouldn't leave me alone. I told a friend about it and she suggested I write it down, that it might let go then. I took her advice, but instead of letting go, it grew into a 4 book series. I love the story and the characters have become my best friends over the past two years. Sharing that friendship with others has been a phenomenal experience.

Q: On the "Other Projects" tab on your blog, you have several works going. What can your readers expect next?

A: My next project is to work on BROKEN, the second book in THE CRYSTOR Series. It's been written for a year or so, but it needs some work. I hope to have it out in the spring. After that, I hope to work on Aquatara and the three other books in that series. I think the young adult market will like the concept of a water spirit and her story has been on my mind a lot lately.

Q: What's one question that no one else has asked you during interviews that you'd wished they had--and answer it.

A: Oh, wow. I haven't done a lot of interviews, so this is a hard one. I love unique questions, so maybe something like, "Who was the first person who believed in you as a writer?" I didn't have a lot of support growing up. My parents didn't encourage me to do anything creative. To them it was a hobby and a waste of time. So the first person that believed in me and my talent as a writer was ME. That's important, because we have to believe in ourselves before anyone else will. There have been many who believed in me throughout the years, but when I'm struggling to find the right words and doubting my abilities, I have to reflect back on the days when it was just me and my muse.

Thank you so much for this opportunity, Angela. You've been such a gracious host.

And thank you, C.K., for participating in this blog series.

Now, a little about the awesome book, BOUND. 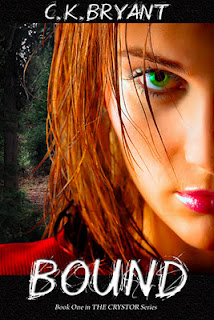 When a photo shoot ends in tragedy, Kira discovers her best friend, Lydia, has been keeping a secret. Knowing the truth, and accepting it, will change Kira’s life forever and thrust her into a world of ancient curses, magical objects, and savage enemies. What happens next will challenge everything Kira knows about her world, herself and the shape-shifting warrior she’s falling in love with. No longer the timid mouse her mother accused her of being, but a woman who finds the mental and physical strength to endure and survive. BOUND is a heroic tale of true friendship, infinite sacrifice and untamed love.

First off, OMG. I love this cover. Second on (get it? lol), this sounds like a great book!


For more information on C.K., check out her blog or buy her book on Amazon. You may also want to get familiar with the other Dark C.A.R.M.A. authors.