When I first began my publishing adventure, I met several awesome authors online. Although time hasn't allowed me to become great friends with many of them, I'm happy that I've at least had the opportunity to keep in touch with some and check up on others occasionally. Tymothy Longoria is one of those authors I've been able to check up on.  Every time I do, I'm inspired to dive back into my writing to create something bigger and better than I originally planned.

Today, I'm super stoked to be able to introduce you to him, Q and A style. 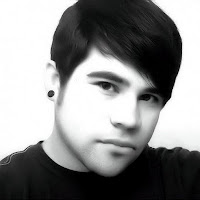 Q: I've read a lot about what your novel, The Stories: Book One, is (epic, fantasy, legendary...), which sounds totally awesome and I can't wait to someday read, but I'm wondering if you could tell us what it is about and how you came up with the idea to write this epic novel.

A: Word. I wrote maybe two chapters and I was so excited about the whole concept/idea I couldn’t keep it to myself. So I asked a writer who I had a really good rapport with if she would be willing to read. She did and gave me some notes. The first thing she wrote was you have the makings of an epic fantasy here. So that’s where epic comes from of course. Legends. The Stories are…legends of lore. Of written history. Simplified, The “Stories” is named after the fairy tales and mythical characters that have become immortal in literature. My good friend and author of For Nothing Nicholas Denmon said this: “I think yours is a C.S.Lewis / Brother's Grimm love child with hints of Steven Erickson's The Malazan Book of the Fallen. What I mean by that is of course you take from the Grimm stories and you have some religious undertones throughout, after the CS Lewis fashion. But where it is unique is that it is not a retelling of the Tolkien type of epic fantasy (orcs, dark lord, elves, etc), but is rather a unique epic fantasy in that I do not believe multiple Grimm stories and characters have ever been woven together into a tapestry of epic proportions, generating a story where all pieces fit together in the grand scheme of the greater quest-”

I think I can answer what it’s about by borrowing my own synopsis from the agency website.

The Stories centers around L’orrah Ineyez a.k.a the little red riding hood. L'orrah is 14. For the past four years she has been living alone in a veritable hole in the earth, coming out only at night to train with a blade left behind by her grandmother Sarah. She uses it against the beasts that have seized control of the land and are killing anyone unlike them. She fights. For what? Wolves (not werewolves, mind you) are out to get her. The Stories begins as the master of the Wolves hunts down and kills the leaders who had him sentenced to death years before and leaves L'orrah to die as well. L'orrah survives; her blade and red cloak her only companions. She decides to fight back and trains herself in the ways of battle, becoming cold and taciturn in the process.

But even with her new abilities and strength, L'orrah cannot fight the Wolves alone; with the help of the last descendant of the Boars Three, a mysterious Piper, and his companions, L'orrah sets out to right the wrongs committed by the Wolves and their master. But her journey for revenge and justice takes a dark turn. She realizes that there are things about herself that have been kept hidden-and that this red riding hood was born to give Wolves nightmares. Through her pain and anguish she will see to it that they never awaken from them. First however, she must embrace the true darkness within. L'orrah and her friends must unite against the evil that looms and grows more powerful than anything they’ve ever come across.

The idea came to me in a vision. Seriously. An image came to me. A girl in a red hood was running in a dark forest. Running from what? I didn’t see, but I heard the stampeding horde that chased her. From that…I figured why not take that red hood and make it something. It quickly evolved and The Stories was born.

Q: You recently signed with an agent, Bree Ogden. Congratulations! I've read that you have considered self-publishing in the past. What changed your mind to seek out an agent to publish traditionally?

A: Thank you so much. I am blessed to have her as my agent. She is out of the box cool. In the industry I think it’s safe to say that people want whats tested and proven. Not me. I wanted a unique voice for my unique story.

This answer will be much shorter. I support all writers. Self-pubbed. Indie. Traditional. They all deserve support and respect. For me, it was only a consideration to self-pub because I didn’t know what I had. The idea, the potential of the series and so forth. It comes down to my faith. I had faith that someone, somewhere to snatch it up. I mean, and I have read before writers saying to try traditional first anyway. That’s when I saw a truck pass by right in front of me with the name Tim Lowder on the side. I took that as a clear sign from God to go louder than the pod/self-publishing house I had been communicating with a few times before. To go louder for me-was to attempt traditional.

Q: When you aren't writing, how do you enjoy spending your time?

A: I spend as much time as I can with my family-my wife and two kids. They are everything to me, of course and they support me 100%. So, I guess even when I’m writing and “away” from them, they are right there with me. Music runs through my veins alongside the Spanish and Greek blood and I really, really enjoy plugging in the headphones and getting lost in some writing. Well, see? When I’m not writing, I’m writing. Deviantart and art as a whole. I love it. I enjoy sitting back and I have spent hours just perusing amazing art. God. God is everything. I spend time with Him. For me, it is what motivates me the most. He leads me. Of this I have no doubt.

Q: On your blog, you suggest MTV have a category for Best Book, Best New Book, Best Author, and Best New Author. I totally think this is a rad idea. Out of the books you've read thus far in 2011, what books and what authors would you nominate in the above suggested categories?

A: Now this is a hard question to answer. But I’m the guy suggesting this, right? Basically, so many of the movies that are nominated and win these awards are BASED off or developed from b o o k s. Ya know?

I’m not one for best anything. Everyone deserves to receive praise. Everyone that tries, ya know. The reason I thought this up was because I felt through all of the hoopla and the beautiful actors potraying the characters dreamed up by authors-there is an author. A creator. But I do have a few opinions too. ;}

I’ll say Lord of the Rings for best book. It’s a legend. Understatement of the year. First, because I just finished it a few weeks ago. I started earlier this year. So it’s fresh on my mind still. Secondly, because its inspiration transcends genre, I think. So that’s why I nominate it.

Best New Book: Now I’m going to cheat here and nominate a book on my to-be-read list. Carrier Of The Mark by Leigh Fallon. Because Fallon is one of the nicest authors I know, that’s why.

Best Author: I’ve started reading Graceling by Kristin Cashore at the urging of SmashAttackAsh a.k.a. Smash. Also I’ll be reading Steven Erickson, author of the The Malazan Book of the Fallen soon as well.

Q: And for the final question, I'm going to let you choose. Ask yourself a question that you'd love to answer that hasn't been asked in other interviews, then answer it.

My wife and I were talking the other day. We came to the conclusion that I am most definitely a by-the-seat-of-my-pants writer. In fact, some short stories I’ve written that have appeared online in the children’s macabre literature and art magazine Underneath the Juniper Tree- awesome, have been written with no previous outlining or plotting whatsoever. It’s me. I mean yes, I’ve plotted before but I find that those notes are quickly trumped by my hands wanting to type what they want.

Wow! Thank you, Tymothy, for taking the time to answer my questions for the blog.

Okay, peeps. How cool is Tymothy? Very. Watch out for him and his novel, The Stories. They will be famous in the very near future. :)

For now, you can check Tymothy out at these places: