**Note** This interview is rated PG-13 (hahaha) for some language which everyone under 13 has probably heard before, but I should make known prior to reading. Also, all answers in my interviews are taken verbatim from the interviewee's written responses and I do not edit, unless noted. 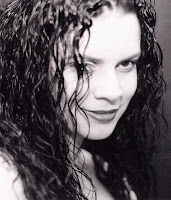 Today, I'd like to introduce you to an author who has a huge base of die-hard fans from her self-published novels. She is a self-proclaimed author of literary Asskickery and Fuckwittery. Although she is already famous and doesn't write just YA, meet Danae Ayusso.

Me: I believe we started writing about the same time, maybe only a few months apart. You, however, have written a bazillion books since then. Please tell us when you began writing and what prompted you (the short version).

Danae: My niece wanted something to read when we were snowed in and since she isn't into Terry Brooks (husband's book collection) or R.A. Salvatore (my book collection) she told me about the Vampire Diaries that she was reading at school. It sounded boring, but the premise was interesting; Vampires in high school--I've never heard of such a thing and I thought why not? Two days and 30,000 words later, I had the beginning of a questionable story that she liked. However, I didn't like the story so I took a couple of characters from it and looked through lots of pictures online and found one of inspiration; a young girl with pale skin, large doe eyes that were blue-teal-navy-aqua and raven black hair. She looked innocent but there was something deadly about her, she was a killer, and her story needed to be told. So with that image in mind, Tynan O'Sedna was born and Prophecy: Revelation was written in 5 weeks at 247,000 words. And it snowballed from there.

Me: On your website, your childhood dream was to be a villain (but with more colorful adjectives attached). You've become somewhat of a super-hero instead, like The Flash, all super-fast and stuff, when it comes to pounding out books. Does your brain work so efficiently in other aspects of your life or just writing?

Danae: I'm a laid back person for the most part, but when I want something done, I want it done, so I get it done. I think the writing speed actually comes from my split keyboard and having had a computer since the old DOS, 3 color systems, 6" floppies that you had to flip 10 times just to get the Oregon Trail to load. I can type over 100 WPM and my head runs at about 500 WPM so it's a struggle to keep up with that, but I'm learning.

Me: How long did it take you to finish your first novel (proof of your super-hero speed)?

Me: What genres do you write?

Danae: All. I started, or attempted to write Young Adult fantasy but quickly got bored with it. Young Adult Crossover would be a better description of what I write, but I've dabbled in everything. Immortal Mafia Series is Adult/Romance/Action  The Forgotten City of the Lotus Blossom is action/sci-fi/fantasy  The Damned of Lost Creek and Dreamscaper is paranormal/mystery/suspense/horror  Eternal Consciousness is YA fantasy adventure  Undiluted Minds, Kennedi & Konstantin and a few others are fuckwittery literary fictions. Most of my characters are in their teens or early twenties, with a few fantasy exceptions, but they are more mature in nature.

Me: How many novels have you completed?

Danae: Write when I can. The boys, 3 and 4 year olds, take lots of attention from me, but I sit and write. I can usually get 5-10K done a day. I write more at night simply because my head is less distracted. At the moment I am going to attempt to write two novels in November for that NAMO thing. I should be able to get both done at around 225,000. Hopefully it will be a NAMO record.

Note from me -- "NAMO thing" is NaMoWriMo, which stands for National Novel Writing Month. It's an annual contest that happens in November to crush procrastination and get people to write a novel. I've never participated because I don't like to work under the pressure of only having 30 days to create. Creation, for me, is a slower, inspired process. This interview was conducted before November 1st and Danae has already surpassed the 50K words required for the competition. Go Danae!

Me: Tell us the story about how you obtained your agent.

Danae: I used Twitter in order to network with publishing houses, other authors, aspiring authors, agents, editors, and so forth. They were networking much the same so I queried TribeLit. I heard that it is easier to get in with a new agent then it is an established because they are building their book of business in a sense. My Twitter acquaintance Sean Poindexter was signed to the Tribe and he spoke very highly of them. I was querying Undiluted Minds because it was unique and original, didn't have vampires and was a believable story and characters. I had 15 full requests and Cari Foulk was one of those, she seemed very eager to see what happened next from the sample chapters and query that I had sent them. She got back to me in a week, maybe less, so that was a great sign. We talked on the phone and then I told her about ALL of my projects and how long I had been writing, which was a year at that point and was already over 1.3 million words, she couldn't believe it. She offered me representation, which I had two others offering the same, but there was something about Cari that registered with me and we spoke the same language and I loved her ballsout attitude and it matched mine. It was a perfect marriage of literary awesomeness (me) and tiny Texan midget literary agent with the mentality that she is 10ft tall and bulletproof (Cari).

BUT word to the wise, before you query agents, you HAVE to research your craft in order to have realistic expectations. Prophecy was queried right away, all rejected; word count was high for a first time writer, it needed editing, and my query sucked. I didn't take the time to research and LEARN the Ps and Qs of the game. Literary agents are very particular about queries because they are flooded with them. It isn't that unusual for a lit agent to wake up with 1000 emails in their box, all queries and out of that, maybe one will spark their interest. Also, don't jump on the FIRST agent that offers you representation. It might not be the best fit for either of you. The rush of having captured someone's interest that can help make your dreams a reality is great and you ride the high until you face plant, but you have to ask yourself, Can I sit down and have a drink with this person or hangout and would I consider them a friend? You have to remember, this lit agent has your career in their hands. If you can't say YES to all three of those, they aren't for you. You need someone that's on the same page as you and that you trust. I trust Cari completely, and considering that I don't trust easily, that's saying a lot.

Once you get an agent, you have to continue to learn your craft. It isn't an overnight thing. It could take years to get an offer on your proposal. Hounding your agent, hounding everyone, isn't going to make that happen quicker. That's why you write while you're waiting so you have something more on the plate to offer. Because of eBooks and the recession, there has been many changes to the publishing game, and it's a new world in comparison to what it was 20 years ago. Agents are adjusting to that and so will writers. You never stop learning. Twenty-million books sold or one, it doesn't matter as long as you are breathing you will continue to learn. But sometimes, you have to make the conscious effort to learn and study up on that which you dream to become.

Me: Out of all the books you have written, which one is your favorite?

Danae: It depends on my mood. Undiluted Minds will always have a place in my heart since it was my first non fantasy project. The Forgotten City of the Lotus Blossom is just so visually stunning that it makes hard not to get wrapped up in it. Kennedi and Konstantin are always there for a good laugh, shake of the head about the lunacy that I just read, and sadly I question who writes this stuff when the answer is always the same; me.

Me: Do you have any advice for teenagers or a story you would like to share of how you may have struggled during your teen years?

Danae: Don't try to fit in. Be yourself above all else. Girls, you don't need a man to complete you or to be strong. That's my biggest OMG NO! cliche story premise and YA pitfall.

Women are stronger than men by design, and that's why we can have babies and they can't. Girls, women, don't need a man in order to complete them and make them strong. They are already like that on their own.

That's why each of my female characters are strong, even the most physically frail and sick, they are still strong mentally and emotionally, and that makes the reader want to be like them and root for them. You don't have to have large breasts, a slender waist, blond hair and blue eyes to be beautiful. That isn't reality. You don't need a vampire on your arm that sparkles in that sun that's your only reason for living. That isn't reality.

Reality is a rainbow of colors, races, sexuality, backgrounds, problems, and mental hiccups and issues. Reality is finding the strength within yourself to be YOU and to be happy being YOU and taking pride in knowing that you are happy because of YOU and not because of the boy or girl holding you. You are the greatest person, hero/heroine, main character and person that there will ever be, that you will ever be, because you are you, and you are wonderful already exactly how you are.

All-time favorite YA novel and why: Honestly, I haven't found a YA that meets my strict criteria of characters, voice, storyline, ect. It goes back to the weak MC thing, and unintelligent characters and premises that are just ridiculous, even in a fantasy and fictional world that it disconnect the reader from the possibility instead of pulling them into them and into the story.

Me (interrupting): Uh, that's because my YA novel hasn't been published yet. Once it has, I'm sure Danae will have a YA she likes....hehehehehe:)

If you could be an object or another species, what would you be and why?

I'm not entirely sure how to answer this. I guess a shapeshifter would be cool, if that's what you mean. I could be anyone I wanted whenever I wanted.

Me: Cool beans! Thank you, Danae, for taking the time to write out such informative answers. No doubt, your answers will help many struggling writers.

If you'd like to find out more about Danae or order any of her books, check out her website: Danae Ayusso 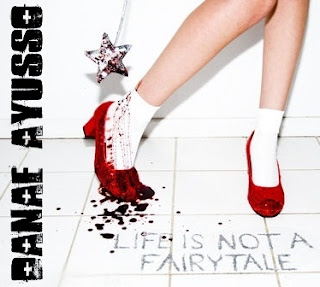 Peace out!
Posted by Angela Carlie at 7:57 PM